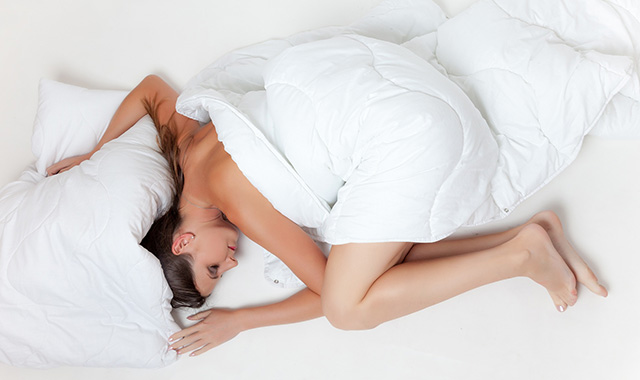 Nutrition for a good night’s sleep

If you’re having difficulty in getting a good night’s sleep, it can be good advice to look carefully at your typical diet throughout the day. The fact is that everything we consume in any given day, from breakfast onwards, can affect the quality of our sleep that night, so making changes or introducing new nutrients can make a huge difference.

One obvious barrier to sleep is stimulants such as caffeine and sugars, which work on hormones and neurotransmitters to keep you wired. If you consume them during the evening, they can delay your body’s normal routine and keep you up hours later than usual.

Or perhaps some foods tend to cause you indigestion. This too can lead to less restful sleep at night.

The link between diet and sleep was recently investigated in a large study at the University of Philadelphia in the USA. Researchers found that nutritional factors that appeared to have the biggest impact on rest included theobromine, vitamin C, water, lutein and zeaxanthin, dodecanoic acid, choline, lycopene, carbohydrates, selenium, and alcohol.

Very short sleepers showed less dietary variation, and they had the lowest total calorie intake, consumed less protein and carbohydrates, and were more likely to be on a low-sodium diet. Their diets were associated with lower intake of lycopene, thiamin, total folate, folic acid, phosphorus, iron, zinc, selenium and tap water.

Short sleepers had diets high in overall moisture but low in vitamin C and selenium.

Specifically, the found that certain nutrients consistently stood out as beneficial for sleep. They included:

Things that may best consumed in moderation include hexadecanoic acid (found in palm oil, butter, cheese, milk, meat) and hexanoic acid (found in animal fat, butter, milk, cheese and coconut oil). Alcohol is also a sleep stealer. It can make you drowsy initially, but it impairs your sleep cycles later in the night.

Overall, the study found that consistent habits of good sleepers included getting the right amount of calories, eating a balanced diet with enough carbohydrates and lean protein but keeping fats in moderation, drinking plenty of plain (preferably tap) water, and eating a wide variety of foods.

Many of the foods recommended above are available in any supermarket. Evolv Health & Wellbeing Store also stocks a huge range in our Food & Drinks department, as well as wide selection of vitamin and mineral supplements if you require further nutrition over and above what you get from your diet.

For more information, advice, and all the nutrients you need to get a good night’s sleep, just call to see us at 2 Castle Hill, Enniscorthy, Co. Wexford. We’re open 9.30 a.m. to 6 p.m. (including during lunchtimes) every day, Monday to Saturday.